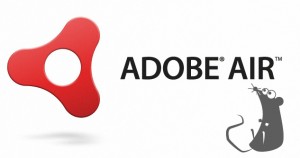 We would like to share ours firsts impressions in mobile Apps development with Flash Builder “Burrito”, the last product of Adobe Labs guys.

Flash Builder is a Eclipse-based commercial tool that helps us to develop graphical applications in a simple way using Flex and ActionScript. Flash Builder offers us the clasical graphical widgets available in other frameworks such as textboxes, buttons, panels, accordions, etc. The main advantage of Flash Builder is its multiplatform nature. Your apps can run not olny in any web browser with Flash Player but in any Adobe Air enabled OS (Win, Mac, Linux).

With the arrival of Adobe Air to mobile devices one problem arise. The graphical components designed for desktop environments din’t fit well on mobile devices and they were slow. In this moment Flash Builder “Burrito” comes into play In this release, still under development, Adobe has created a new bunch of graphical widgets specifically designed for mobile devices in terms of usability and performance, and, of course, Flash Builder is capable of generating apps for Android, BlackBerry PlayBook and, in a near future, iOS.

We are playing with it a couple of months and we would like to expose our opinion:

As main conclussion we can say is that Flash Builder will be an outstanding and very powerful tool for create multiplatform multimedia apps but nowadays it has a long way to walk.